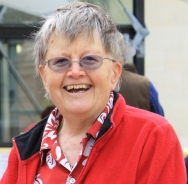 Long-time Wellington lesbian activist Porleen Simmonds died suddenly on 28 September. Her funeral was attended by lesbians from the Wellington region and beyond who remembered her vigorous, courageous and sometimes cheeky work as a lesbian feminist from the 1970s. Video of her funeral can be viewed at vimeo.

Porleen was a foundation member of the LILAC collective - and it is poignant that she died when we were celebrating LILAC's 20th anniversary. She was one of the founders of Sisters for Homophile Equality (SHE) in 1973, the Amazons softball team, and the lesbian-feminist magazine Circle - which she printed at Herstory Press where she worked as a printer. Porleen was one of the four founders and owners of Club 41, Wellington's first lesbian club. In the early 1980s she and Pleasance set up the Women’s Place bookshop on upper Cuba Street. Porleen was on the Gay Task Force that campaigned for Homosexual Law Reform in the 1980s, and went on to fight for human rights protection. 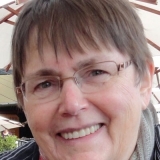 Paekakariki writer, feminist and lesbian Pat Rosier was deeply mourned after dying suddenly at home from a heart attack on 12th June. Her funeral on 18th June was attended by a big crowd from around the country and overseas who mourned her passing and celebrated her life. Video of the funeral is available on vimeo.

Pat was a long-time supporter of LILAC, including being an active collective member for a number of years, anchoring the book club and teaching creative writing.